While some New York divorces are long, drawn-out, and contentious affairs, others are much more amicable such as when the parties use divorce mediation as the 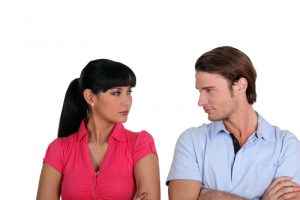 process. In the latter type of divorce, it is not uncommon for the parties to agree on many of the issues that a court would otherwise need to decide. Among matters that are commonly worked out between divorcing spouses are the division of marital property and the payment of spousal support.

Some couples will also be able to agree on the payment and amount of child support with their divorce mediator or through settlement negotiations. However, because the right to receive child support technically belongs to the children for whom the support benefits, courts retain the final decision over a New York child support agreement.

The requirement contained in section 240 is not meant to prohibit or deter divorcing spouses from agreeing on child support. By requiring the parties to acknowledge the basic obligation in the child support agreement, courts can be assured that both parties are aware of the default amount of child support that would be appropriate. And by requiring an explanation for any deviation, courts can be confident that the rights of all children involved are adequately looked after.

The court, however, retains ultimate discretion when it comes to child support. Thus, if a judge believes that a child’s needs are not adequately being met, the judge can override a child support agreement. For example, in a 2002 New York child support case, (Gravlin v. Ruppert, 98 N.Y.2d 1, 770 N.E.2d 561, 743 N.Y.S.2d 773, 2002 N.Y. LEXIS 1098), the parties agreed that Daughter would spend approximately 35% of her time with Father, and that father would pay for all expenses during Daughter’s visits. It was also agreed that Father would not pay any child support; however, he would pay for Daughter’s clothes. This worked for a while, but eventually, the relationship between Father and Daughter broke down, and Daughter refused to see Father.

The court held that the fact that Daughter no longer spent 35% of her time with Father meant that Father was no longer paying for Daughter’s expenses during those times. The court determined that this was an unanticipated change in circumstances that warranted a modification of child support obligations. Thus, although the agreement between Father and Mother provided that he would not pay any child support, the court overrode that agreement.

Are You Dealing with New York Child Support Issues?

If you are currently dealing with a New York child support issue, contact Attorney Darren M. Shapiro for quality advice and assistance. Attorney Shapiro is a preeminent Long Island divorce attorney with decades of experience handling all types of New York family law issues, including child support agreements. To learn more about how Attorney Shapiro can help you with your situation, call 516-333-6555 to schedule a free consultation today.