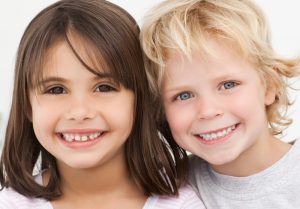 For example, when it comes to determining New York child custody issues, the parties are free to discuss the issue and come up with an arrangement that works for both parties. However, under New York family law, the primary factor courts consider when deciding child custody issues is what is in the best interest of the children. Thus, if a separation agreement provides for a custody arrangement that is not in the best interest of the children, the court may not enforce that provision of the agreement. Similarly, an agreement as to the physical location where the child will live is also subject to the court’s “best interest” analysis.

Once a separation agreement is accepted by the court and incorporated into a New York divorce proceeding, the terms of the agreement will remain in force unless there is a change in circumstances. A recent case illustrates how New York courts handle a party’s request to modify a previously agreed upon custody arrangement.

According to the court’s opinion, Father and Mother had two children. The separation agreement provided that the parties would have joint custody of the children. According to the agreement, Mother had primary physical custody. At the time, both Father and Mother lived in the same town, about four miles apart. At the time of divorce, Mother worked from home so that she was able to care for the children.

Evidently, Father purchased a new home less than one mile from Mother’s house. Around this same time, Mother stopped exclusively working from home and began spending more time working at the office. Father did not work.

Father filed for a modification of the custody order, claiming that his purchase of a new home closer to Mother’s home constituted a change in circumstances. Father argued that because he did not work, he could spend more time with the children, and that this was in their best interest.

The court disagreed, upholding the terms of the custody arrangement. The court noted that a valid custody agreement will only be modified when the requesting party can show that there has been a change in circumstances. The court held that the change must be one that “significantly improves the lives of the children,” and “implicates the fitness of the custodial parent, or affects the nature and quality of the relationship between the children and the noncustodial parent.”

Here, the court held that the Father could not show that his purchase of a home close to Mother’s house would have much of an impact on the children’s lives. The court acknowledged that by moving closer, the transitions between households would be easier, but ultimately determined that it was not the type of change justifying a modification to the custody agreement. The court also held that Mother’s employment outside of the home did not significantly take away from her ability to parent the children.

Ultimately, the court concluded that while Father’s circumstances had changed, the children’s had not. Thus, a modification was not warranted.

Are You Revisiting a Custody Agreement?

If you are currently divorced and are considering revisiting a New York child custody agreement, contact the Law and Mediation Office of Darren M. Shapiro. I am a dedicated Long Island divorce lawyer and  family law attorney with extensive experience handling New York child custody issues, including negotiating separation agreements in divorce mediations and modification orders. To learn more about how our team can help you with the situation you are currently facing, call 516-333-6555 to schedule a free consultation today.

Can the Parties to a New York Divorce Mediation Provide Their Own Agreement Regarding Child Support Payments?, Long Island Family Law and Mediation Blog, January 21, 2019