Over the past few weeks, we’ve taken a look at the process of New York divorce mediation, in which parties work together to come up with an agreement regarding 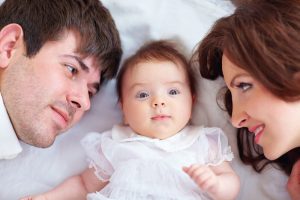 many issues that would otherwise be decided by a judge. Last week, we discussed the fact that a New York divorce mediation can include terms that cover the custody of minor children, and provided an example where the court upheld a parties’ agreement although it was later contested by one of the parties.

It is important to note, however, that courts retain discretion in determining New York child custody issues. So, while the parties to a New York divorce are free to come to an agreement between themselves regarding child-custody matters, if the court determines that the parties’ agreement is not in the best interest of the children involved the court can set aside the agreement.

There are two common ways this situation arises. The first is during the judge’s initial review of the parties’ agreement and the second is if one of the spouses requests a modification to the child-custody agreement after the court has approved the agreement and the divorce is final. Once a child-custody agreement is approved, courts will not modify that agreement unless there is a substantial change in circumstances and the party seeking modification can show that modification is in the best interests of the children. A recent case illustrates a situation in which a court found that each of these elements was met and, thus, modified the agreement.

According to the court’s opinion, the parties had two children, born in 1999 and 2003. In 2010, the parties entered into a settlement agreement under which the parties would share residential custody of the children, alternative custody each week.

Evidently, a few years later, Mother sought primary residential custody of both children. Father responded with his own claim for primary residential custody. The parties requested an examination of the children, after which both parties agreed that there was “a dramatic change in circumstance in their children’s emotional and physical condition so as to warrant an immediate change of custody.”

The parties and the court agreed that there was a substantial change in circumstance, so the court was left with determining what was in the best interests of the children. The court weighed several factors, including:

The court did not get into the specifics of each factor; however, after weighing the factors the court concluded that Mother would be awarded primary residential custody and Father would be given visitation rights.

Are You Involved in a New York Child Custody Dispute?

If you are currently going through a New York divorce, or are seeking a modification to a New York child custody agreement, we  can help. At the Law and Mediation Offices of Darren M. Shapiro, we help parties through divorce mediation or clients who are facing all types of New York divorce and custody issues navigate what can too often be a frustrating and confusing system. We have many years of experience assisting our clients in all types of New York family law matters, and provide new clients with a free consultation to discuss how we can help. To learn more, call 516-333-6555 to schedule a free consultation today.

Can the Parties to a New York Divorce Mediation Provide Their Own Agreement Regarding Child Support Payments?, Long Island Family Law and Mediation Blog, January 21, 2019