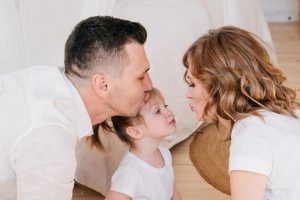 In a previous blog, we began discussing the basics of “Maltreatment” in cases involving children. The term “maltreatment” can be somewhat complex, as it often refers to a number of different acts which might put the child in the case in danger. Maltreatment might be identified as “negligence” or direct endangerment of the child. It could also apply to situations wherein a care provider has failed to properly look after a child in their charge.

To further define what “maltreatment” may entail in the legal landscape, particularly the world of family law and Child Protective Services investigations, let’s look at some cases wherein the courts of New York explored the issue in greater depth.

In the matter of Ojofeitimi vs New York State Office of Children and Family Services, 89 A.D.3d

854 (2nd Dept. 2011), the petitioner in the case, who was responsible for running a day care, asked the court to review a determination which denied a previous application to amend and seal an indicated report maintained by the New York Register of Child maltreatment and abuse. The petitioner argued that to establish maltreatment had occurred, the agency was required to show the physical, mental, or emotional health of the child had been impaired, or was in danger of becoming so as a result of the person responsible for the care failing to provide a minimum degree of care.

The commissioner of New York State’s Office of Children and Family Services for this case determined the petitioner had failed to provide proper care and supervision for an eight-month-old child in her day-care center – thus indicating maltreatment. The evidence in the case further established the children in the daycare were left unattended, and a two-year-old escaped from her playpen and scratched the eight-month-old child, who was in a highchair.

The two-month-old drew blood after scratching the child several times, causing the eight-month-old to require medical attention. The determination of maltreatment was therefore sustained, because of the availability of evidence about the neglect.

Another case wherein the courts found negligence to be evidence of maltreatment, was in the matter of Susan XX vs the Tioga County Department of Social Services 74 A.D.3d 1543, 902 N.Y.S.2d

245 (3rd Dept. 2010). In this case, the petitioner was accused of leaving two small children alone an unattended in a locked car with the engine running. The courts noted the petitioner could not explain why it took her 20 minutes to exit the store after a deputy sheriff arrived on scene in a police car and waited by her vehicle.

In this case, the court found that although the petitioner appeared by all accounts to be a loving mother, they couldn’t go against the decision to find her guilty of maltreatment.

Providing the Right Duty of Care

To find someone guilty of the maltreatment of children, the courts must believe that the agency was able to show the individual’s behavior, or lack of care placed the child in immediate danger of being injured on an emotional, physical, or mental level. Anyone who is responsible for a child, from a parent to a teacher, can be found guilty of maltreatment.

In the case of Archer vs Carrion, 117 A.D.3d 733, 985 N.Y.S.2d 620 (2nd Dept. 2014), for instance, a daycare worker was found to be guilty of maltreatment when failing to provide a 22-month-old child with the right quality of care. The evidence established that the backyard of the daycare center was not properly secured in this case, and the inattentiveness of the petitioner had allowed the child to wander away from the backyard into a busy four-lane road. What’s more, after realizing the child was missing, the petitioner did not follow the correct protocols by enlisting the aid of her employer.

In the case of Bullock vs, the State Department of Social Services, 248 A.D.2d 380, 669 N.Y.S.2d 618 (2nd Dept. 1998), the petitioner was found guilty of maltreatment after leaving a two-year old child on a bench in a nearby park. Though the child was inside of a fenced area when he was left outside of the building, there was no supervision provided.

In cases wherein adults are expected to show a certain duty of care to children, issues of maltreatment can easily arise. The courts of New York, however, dictate that there must be adequate evidence for a person to be accused of maltreatment.  In cases of indicated findings this must be supported by what is called a “fair preponderance of evidence”.  This means more probably true than not or to put a percentage on it, greater than 50%.

If enough evidence is not available, or an individual can fight back with evidence of their own to counteract the claim that they had showed “maltreatment” to a child, an additional hearing might be necessary, such as an administrative expungement hearing. In these cases, the individuals charged with maltreatment can asked to have the case sealed and blocked for employment and licensure purposes for working with children.  This judgement can be very important for those in the childcare industry, such as people in educational roles, or care provider positions.

A finding of maltreatment against a child can be very serious and cause significant problems in a person’s life if it is unjustified. Fortunately, it is possible to request the courts to reconsider a case if enough evidence has not been provided to demonstrate the child in question was in danger of damage to their mental, physical, or emotional health.

If you have concerns about a maltreatment case, or you would like to discuss your options in appealing against a maltreatment accusation, you can contact my office to get on our calendar for a free initial consultation.