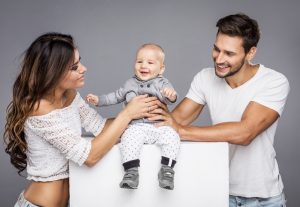 Since I began my focus in matrimonial and family law in 2004 and working as a child custody attorney, divorce lawyer, and mediator throughout New York and Long Island, I’ve discovered some cases are always more complex than others. Cases involving children, for instance, are often the most emotional for everyone involved. This is particularly true when the safety of the child is brought into question.

The duty of ACS, Child Protective Services or a court when dealing with cases involving children is to make sure the child in question remains safe and protected with the order provided.  For CPS investigations this might mean “indicating” someone for child maltreatment or filing a neglect case in family court. In a child custody and parenting time case this means when making orders around custody and visitation, the courts will consider all of the details of the situation surrounding the case carefully, to determine what outcome is in the “best interests” of the child.

A number of factors can contribute to a determination of a child’s best interests, including any evidence presented by an individual or party in the case, and the accusations made by plaintiffs during a child custody or divorce case. One particularly worrisome concept is when an individual is accused of “maltreatment” of a child.

The term “maltreatment” can seem somewhat vague when used in relation CPS, ACS investigations or in child custody and visitation cases. However, in most cases, it highlights instances wherein the parent or care provider in question has been deemed guilty of treating a child poorly or negligently when that child was under their care, or in their presence. These accusations of maltreatment can be used against parents or primary care providers for children, as well as grandparents and other individuals.  The accused have the right to challenge CPS indicated findings and hopefully clear their names whether this means getting the indicated finding reversed all together or at least having it be sealed for employment and licensure purposes for working with children.

In the matter of Cheryl Z. Carrion, for instance, the petitioner was indicated after an incident occurred in which her two-year-old grandchild wandered away from the petitioner’s front yard. The child was found unharmed, but alone near a parking lot shortly after – about 200 yards away from the home. The petitioner requested the OCFS to amend the report of this incident to be defined as “unfounded”, but this request was denied. A hearing was then held wherein the courts sustained the finding that maltreatment had taken place.

In this case, the child told the responding office that the petitioner in question had gone inside of their home briefly (located at the end of a dead-end street, with no fence or barrier between the yards and the highway). The child was therefore left alone in the garden, according to the child’s testament. The petitioner testified she never went inside, but this testimony was discredited. Further, at the time of this incident, the petitioner was also aware of a previous occasion in which the child had wandered away from a supervising guardian in the past.

To establish a case of maltreatment, the agency was required to demonstrate the physical, emotional, or mental condition of the child was in immediate danger or was impaired as a result of a failure to exercise the “minimum degree of care” by the care provider. The court found that given the young age of the child, and his history of wandering away from supervising adults, combined with additional evidence was enough to suggest maltreatment.

The term “maltreatment” in the relation to children’s care can be used in a wide range of cases, including when a parent or guardian may need to respond to a request for visitation time from a grandparent, another divorced partner, or someone else in the child’s life. In some situations, a maltreatment case can be brought against an individual responsible for caring for a child, as a claim that this individual put the child in danger.

The New York State Office of Children and Family Services can indicate a case if they believe there is credible evidence of child maltreatment. However, it is the right of the individual accused of maltreatment to fight against this report and ask for it to be marked as “unfounded”, so as to protect their reputation, or improve their chances of being able to care for children in future.  Even if a case remains indicated or “founded” for maltreatment, it still may be possible to get the indicated finding blocked or sealed for employment and licensure purposes for working with children.  In addition to custody, divorce and other family law cases I challenge CPS findings of maltreatment and fight to get these findings sealed for employment and licensure purposes for working with children.

In another reported case (not mine) the case of Anne FF vs, the State, for instance, the petitioner worked at a daycare as part of the relief staff for the company. On the day of the incident, the individual was responsible for supervising the playground when a bathroom-elated emergency took place. Protocol required two employees to remain on the playground, so the petitioner brought the children inside with her coworker so as to handle the bathroom emergency.

However, the petitioner did not perform a headcount when leaving the playground, and when they entered the daycare building, a child began running away. The petitioner needed to chase him down and discovered upon her return one child was missing. The petitioner ran outside to discover the child unharmed with another employee. In this case, an investigation was launched into the incident and a report was created that indicated the daycare worker. However, the petitioner requested the OCFS amend this report to unfounded, and an administrative hearing was held.

The court found insufficient evidence was available to support a finding of maltreatment, and therefore chose to grant the petitioner’s request to reverse the matter to unfounded. The court noted that the petitioner’s conduct included an immediate recognition that a child had been left outside, and the child was left unattended for no longer than six minutes in total. Crucially, in this case, there was also no evidence the child was unobserved for any moment in this six-minute period. Additionally, the emotional, physical, and mental health of the child was not harmed at any point.

The physical setting of the alleged wrongdoing was also important here. The playground was located at the rear of a building and surrounded on all sides by a chain link fence with gates which remained locked at all times.

If you’d like to learn more about maltreatment cases and how you can reasonably respond to them, you can contact Mr. Shapiro today. Free initial consultations are available for up to thirty minutes when contacting Mr. Shapiro via phone, or the contact form on this website.