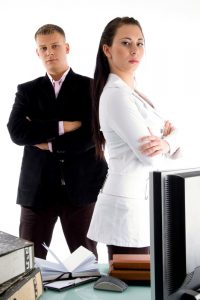 There are various complicated concepts which apply to legal cases in matrimonial law. Courts must consider the various components of each case on an individual basis, as the situation surrounding those involved can make a huge difference to the order made.

One possible consideration which may emerge in some postnuptial, prenuptial, separation, and stipulation of settlement cases is the choice of law clause. This is a clause in the legal world which can influence decisions of which state laws should be applied to certain cases.

Here, we’ll be exploring the concept of the choice-of-law clause, and how various factors can make a difference to which state’s laws are applied to particular family law cases.

How Do Courts Choose Which State Laws to Apply in a Case?

Different states throughout the US approach family law from different perspectives. The laws and guidelines in one state may lead to different outcomes for a couple than the laws in another state. Because of this, parties may attempt to apply specific laws from one state to their case in an effort to seek out the best potential outcome. This involves using the “choice of law clause”.

I should set forth, from the outset, that since I am a New York, particularly a Long Island, Nassau County Divorce Lawyer and the surrounding areas, it is usually my practice to only be involved with the drafting agreements that intend to be governed by New York law.  There may be some instances, however, where one of the parties, both of the parties, or a child or the children now reside in New York, after selecting that the laws of another state would apply in their agreements.  If New York currently has jurisdiction, this may be a situation where my office may get involved with applying the laws of another state.

A choice of law clause is usually enforced in cases where a specific State has a reasonable relationship to the case, or the parties involved in the case. Factors looked at in this instance include where the property is located which is subject to the agreement, where the parties live, and where were certain agreements (like prenuptial or separation agreements) executed, drafted, and negotiated.

Just because a party in a divorce case has a home in one State doesn’t necessarily mean that state’s laws will apply to their divorce case. If, for instance, the couple involved in the case came up with their separation agreement in New York, with a New York lawyer like Mr. Shapiro, and had that agreement approved by the New York courts, their residence in a different state, later may not matter.

Applying the Correct Laws to a Specific Case

In some cases, clauses can be added into agreements which influence choice of law in later cases. For instance, in the case of Lupien v Lupien, 68 A.D.3d 1807,(4th Dept. 2009) a pre-marital agreement was signed by both parties in Massachusetts, at a time when those parties resided there.

The agreement included a clause providing the validity and construction of the agreement would be determined in accordance with the laws of Massachusetts. In this instance, the courts approved the request of the parties to apply the law of Massachusetts to their case, thanks to the strong connection both the case and the parties had to the state in question.

Notably, in the case of Lederman v Lederman, 203 A.D.2d 182 (1st Dept. 1994) the court also chose to dismiss defenses to a case based on New York Law, because the postnuptial agreement in issue specifically designated that the District of Columbia should be responsible for controlling the outcomes of that agreement. However, the states referenced in a contract such as a separation or pre-nuptial agreement won’t always be automatically seen as responsible for a case.

It is possible for the courts to determine the connection between a state mentioned in a contract or marital document no longer has enough of a substantial connection to the parties or case in question to be deemed as the right solution for “choice of law”. This flexibility comes from changes to the way that traditional rules about the choice of law being applied in marital cases. Id.

The traditional rule was that the law of the place where a contract was created should always be applied in cases where there may be ambiguity about “choice of law”. However, this rule was often seen as impractical and overly rigid, failing to accord significance to the policies underlying conflicting laws. As a result, modern courts have since adopted a new grouping of contacts or “center of gravity” choice of law theory in many contract cases, including those related to separation, post-nuptial, or prenuptial agreements. Id.

The Restatement Second of Conflict of Laws indicates that when there is no “effective” choice of law outlined in a specific contract, the law of the state which has the most significant relationship to the transaction or case in question, and the parties involved should govern that case. Even when a reference is made to a specific law in the contract regarding substantive law, issues of contractual validity and formalities should be governed by the state with the most relevant connections to the subject matter and the parties, if the state mentioned in the contract has no significant relationship to the case or parties involved. Id.

If you’re in the process of pursuing a case in which concepts like the choice of law clause might be applicable, the best thing you can do is seek support and guidance from the right legal professional. Contact my office if you would like to get on our calendar to discuss the details of your case in a consultation (without charge) for up to 30 minutes. You can get in touch via the contact form on this website, or over the phone.