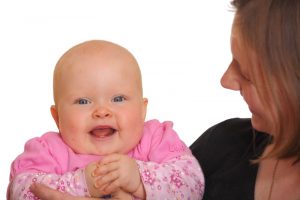 When a child’s parents are unwilling, unavailable or unfit to care for their children for any reason, another adult may be awarded either a guardianship of the children or custody of the children. Under New York family law, guardianship and custody are two related but distinct concepts, and the intersection of the two can be complex at times.

As a default rule, a child’s parents are awarded custody of their children. This includes physical custody (where the child lives) as well as legal custody (the right to make important life decisions for the child). However, in some cases, a child’s parents are either unavailable or unable to care for their children and an alternative caretaker must be established. Thus, custody in this context generally refers to a non-parent.

A minor child who is under the age of 18 and is not married must have a legal guardian. Once appointed, a legal guardian has the same power as a child’s parent to make decisions for the child.

Importantly, a guardianship can be temporary or established for a particular purpose. For example, if a parent is sick, they may establish a standby guardian. In this situation, the guardianship will not begin until the parent says it will. Also, once a guardianship is established, the child’s parents remain the legal parents and can petition the court to become the child’s legal guardian once again.  In order to change custody, on the other hand, a substantial change of circumstances must be first shown in order to be able to proceed with a petition for to modify custody.

As noted above, a guardian has the same rights as a child’s custodial parent. However, obtaining custody of a child for a non-parent, when there is not an agreement to do so, is can be more difficult because courts require the person seeking to establish custody can show that there are “extraordinary circumstances” like neglect, abandonment, domestic violence, and similar scenarios.   If a party can establish extraordinary circumstances exist, then they must prove that a custody order would be in the best interest of the child. Typically, a custody order is seen as a more permanent solution, whereas a guardianship may be permanent, but may also be temporary.

Are You Seeking Custody of a Minor Child?

If you are currently seeking to obtain custody of a minor child, contact the Law and Mediation Offices of Darren M. Shapiro. It may be that establishing guardianship is preferable in your situation. Attorney Shapiro is a passionate New York family law attorney who has decades of experience handling all types of New York child custody and guardianship issues. To learn more, and to schedule a free consultation, call 516-333-6555 today.

How Do I Prepare for My Divorce Mediation Private Preliminary Planning Session?, Long Island Family Law and Mediation Blog, March 9, 2019