It’s common for couples to think of separation agreements and divorce as two separate options when it comes to ending a marriage. When you decide that your 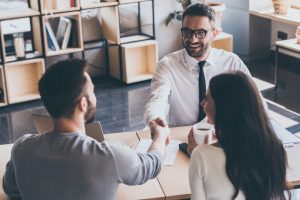 Like the mediation process during a divorce, the concept brings both parties together for a discussion of crucial concepts like equitable distribution, spousal maintenance, parenting time, and more. For many people, separation agreements feel a lot less stressful than a standard divorce. The court will not be involved in the preparation of the separation documents. What’s more, the couple will be able to maintain more control over their negotiation, without the consistent input of the courts. With the help of the lawyers, couples drafting a separation agreement can come to terms on what they would like to happen when their marriage ends.

It is possible for couples in New York to apply for uncontested divorces. This simply means that all the issues that would need to be decided in a divorce have been agreed upon.  When there is a settlement agreement, in the form of a separation agreement or otherwise, there’s no need for any arguments to be handled in court. As a divorce attorney and a divorce mediator for Long Island and New York, I frequently receive calls from clients in search of uncontested divorce solutions. However, if one small thing about the divorce or separation is still in dispute, the whole divorce is still not yet uncontested at that moment.  Even if you and your partner can’t agree on something little, like whether the house should be sold, then you will still be engaged in a “contested” divorce process if it is not resolved before a court is asked to get involved.

Is a Separation Agreement Right for You?

For couples who aren’t sure which step to take next in an uncertain marriage, a separation agreement is much less final than a divorce process. It allows the parties involved to take a step forward so that they feel as though they’re making progress in finding the outcome that’s right for them. During a separation, the couple can spend time living apart, and find out what it feels like to act as though they’re divorced from their partner. Often, this sort of “test run” can give couples the final guidance they need to decide whether they’re willing to give their relationship another try, or whether they need to pursue a full divorce.

Additionally, legally separated parties can commonly continue to access some benefits that fully divorced individuals may not be able to use. For instance, a separated party can usually remain on the health insurance plan of their spouse while considering whether to go through with a divorced.  Although New York does allow of “Judgments of Separation” in addition to Separation Agreements.  The difference is a court signs off on a judgment of separation.  I have heard of a Judgment of Separation being a termination event for staying on a spouse’s health insurance plan, so I caution everyone to check carefully about the details of their health insurance plans.   Usually, this is a significant financial reason to create a separation agreement and test the waters before a divorce. After a judgment of divorce, or perhaps judgement of separation, which is different than a separation agreement, has been signed, spouses will no longer be able to continue using their ex’s health insurance.

To find out more about the possibilities of separation agreements, divorce procedures, mediation and more, reach out to my law and mediation office today. You can contact me via my online form, or over the phone at (516) 333-6555.  We do initial consultations that are up to a half hour free.  Divorce mediation couples that wish to utilize me as their mediator would have their free initial consultations together.