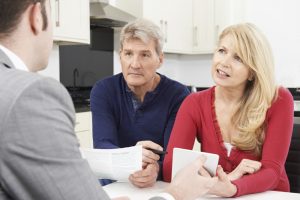 There’s more to mediation in the family law area than most people think. While divorce mediation can be a powerful solution for people who want to bring an end to their marriage, address their separation, and more, there are also opportunities for those who might want to continue their marriage too. Mediation is a process that allows individuals to talk freely about the things that matter with a neutral third-party individual. Although I’m not a therapist, I am an experienced and trained mediator that can help with all aspects marital law.

One common option for people who do want to stay together, is using marital mediation with an eye towards the possibility of developing a post nuptial agreement that allows individuals to stay together, in the knowledge that certain things have been resolved as they go on with their marriage. This agreement can give both people in the marriage peace of mind.

What is Marital Mediation?

According to Susan K. Boardman, Ph.D., Kenneth Neumann, Ph.D., Laurie Israel, J.D., and, John A. Fiske, L.L.B in their published article, marital mediation has been a growing area of family law. The solution is designed to support couples who would like to remain married but may have issues that they need to address in their ongoing relationship. The term comes from a man named John Fiske in 1997.

In Marital mediation, mediators such as myself can assist clients in coming up with post nuptial agreements that give them clarity as they go ahead with their marriage.  To be legally binding a post nuptial agreement would need to be written and executed with certain legal formalities, however, we can come up with solutions that do not necessarily need to be reduced to a written contract. A lot of mediation clients find during the mediation process that they begin to learn how they can talk to each other more effectively. Often, this leaves clients wondering what could have been if they had only known how to communicate more effectively before.

The marital mediation process is for people who want to maintain their relationship but overcome some of the issues within it. It’s not about giving couples therapy but putting agreements in place that make them both feel safe about the continuation of the marriage. For instance, if a couple works with me to create a post-nuptial agreement, they know that they’re protected regardless of what might happen as they go into the next stage of their relationship.

As Boardman et al explain in their discussion of Marital mediation, the process often begins with a mediator helping the couple to define their common commitment to the marriage, or relationship. We may ask questions such as “what do you love about each other”, and “what’s important to you in this relationship?” Some mediators might ask clients what three things are most worrisome in their relationship, and which things they would like to preserve.

What Happens in Marital Mediation

Through mediation techniques, it’s often possible to significantly improve the lines of communication in the relationship, and help couples overcome areas of friction or conflict in their relationship. At the end of the conversation, we can put together a written post-nuptial agreement, if the couple wants, that highlights the most important aspects of the continued relationship for both parties.

Throughout the marital mediation process, the mediator, such as myself, will begin by explaining what will happen in the discussions to come. Then, we ask the couple in questions what the most important problem they want to address is. As a third-party neutral individual, I can listen to the couple carefully, and look for issues that may be mediated and possibly addressed with a post-nuptial agreement. Additionally, as the conversation continues, I may be able to work with the couple on how it is that they can address problems going forward in their relationship. This will help to reduce the risk of significant relationship breakdowns in the future.

Once we’ve addressed all the issues that the couple is concerned about with their relationship, we can draft an agreement that leaves both sides of the conversation feeling more secure. Usually, the process of marital mediation is highly complimentary to the process of couple’s therapy – even though they are not the same thing. Crucially, mediation is not therapy, and I am not a therapist, but that doesn’t mean I can’t help individuals to communicate more effectively as a couple.

Some couples interested in Marital mediation even prefer the “mediation” title because they feel that they’re not in a place yet where they need “therapy”.

Do You Need Marital Mediation?

Marital mediation and divorce mediation are very similar processes. The major difference is that in marital mediation, the idea is to preserve the relationship, and provide future peace of mind through the possibility of entering into a post-nuptial agreement.  In divorce mediation I usually draft a Separation Agreement for the couple at the end.  A Separation Agreement is utilized when the couple intends to live apart while what I call a post-nuptial agreement is designed for couples that want to stay married and continue together.  The agreement made by the couple in this mediation process can help them to stay on track going forward. Additionally, during mediation, the two people may begin to learn communication skills that help them to reduce the risk of problems going forward.

To find out more about marital mediation and the other options available to you from a divorce mediator, collaborative lawyer, and attorney such as myself, contact my office today. Mediating couples can arrange their free initial up to 30-minute consultation together by calling (516) 333-6555 or using one of our contact forms.