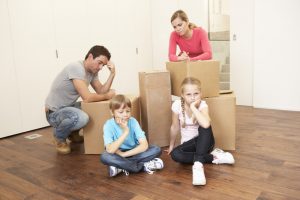 There are many complicated aspects of family law. Arranging equitable distribution in a divorce can be difficult, particularly in cases where it’s hard for the couple to agree. Deciding who should get control over a family home is also a complex discussion. However, few things require more caution and careful consideration than issues associated with child custody. Not only does a child custody agreement need to be approved by a court based on an observation of what’s in the child’s “best interests,” but changing the order is a challenge. Even if a modification of child was right for the child, absent an agreement about it, the court would need to see a substantial change in circumstances before even getting to the issue of whether the modification is in the best interests of the child or children.

When working with clients on family law issues that involve child custody agreements and visitation or parenting time rights, I find that it’s essential to highlight the complexity involved in making the right decision for a child. The courts of New York and Long Island will not disrupt a child’s life and growth by altering their custody situation unless there is a good reason to do so, that’s why a substantial change in circumstances is crucial. It’s also essential for the people requesting the change to show that the alteration is in the best interests of the child.

In the past, the situation used to be that if people agreed in advance that another parent would be able to relocate as part of a written agreement that was ordered by the court, the agreement would control the relocation. However, that may not be the case today. The court can no longer automatically say what might be in the best interests of a child without hearing the full case.

A recent case decided by the Appellate Division, Second Department, which covers Suffolk County and Nassau County Long Island as well as Queens and other counties, brought to focus the complicated nature of changing child custody matters recently. In this case, the matter of Jaimes vs. Gyerko, the father appealed an order from the family court, which granted, without a hearing, the mother’s motion to dismiss the father’s petition to modify a previous custody order. This modification asked for the father to enjoin the mother from relocating with the children to Woodbridge, Connecticut, and it asked for an attorney to be appointed for the children. In March 2014, the couples involved in this case had executed a custody stipulation which agreed to joint custody of the two children, with the mother being the primary residential custodian.

The previous agreement had a relocation clause, made by the two parties, that permitted the mother to relocate within 55 miles of her current home without advanced permission of the courts or the Father. However, in 2017, the mother informed the father that she would be moving that year, and the father filed a petition to modify the stipulation based on a change in circumstances. The father believed that at this point, the relocation, although it was within the rules of the previous 55-mile agreement, would not be in the child’s best interests. Sometimes, after a passage of time, the desire to move could be a change of circumstances that requires the approval of the court. In this case, a best interests analysis was necessary when the relocation was opposed by the non-relocating party.

The mother moved to dismiss the petition against her, arguing that the custody stipulation they had agreed to in 2014 allowed for the relocation, and the family granted that branch of the mother’s motion. However, it’s worth arguing that the Appellate Division decided that the  family court should not have granted this relief to the mother under CPLR 3211 (A) (1).  The court ruled on the principle that no agreement made by the parties can bind a court to a disposition unless the court, when weighing all the factors, finds the agreement to be in the child’s best interests. This was a little surprising at the agreement was incorporated into a Judgment of Divorce, which, in theory, is reviewed by the court before it is signed.

In this case, although the parties involved had both agreed in their stipulation that the mother would be permitted to move within 55 miles of her residence, that agreement was not found to be controlling. Instead, it should only ever be considered as a factor that needs to be addressed alongside a range of other factors at a hearing in court. The court decided that it is the duty of the trial court to determine what is in the best interests of the children in any custody or visitation case. Since the court believed that enough had changed in the time that it took for the mother to decide to move outside of her residence, then a hearing is required.

Additionally, in this case, the father involved made an initial offering of evidence to the courts that suggested the proposed move by the mother may not be in the best interests of the children. In cases such as this one, where facts that are essential to determining the best interests of a child are in dispute, it’s crucial for a hearing to take place. While relocation clauses might still be useful in our mediated or negotiated divorce and child custody agreements, as a practitioner I will now be careful to warn that it very well may not be controlling.  The issue still might need to be litigated.

To learn more about child custody agreements, and arguing for child custody order modifications, please browse through the other blogs and pages on this website. If you would like to discuss the details of your own case, you contact me, Mr. Darren Shapiro, for an initial consultation, up to thirty minutes of the initial consultation is free. My office can schedule appointment either via our online contact form or over the phone at (516) 333-6555.