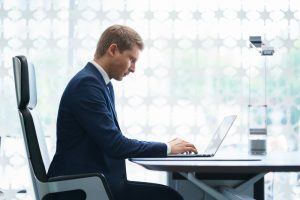 Child custody is a complicated part of divorce and family law.

Parents will often fight tooth and nail to get the custody order that they believe is right for their family. Even after a court order has been ruled on by the trial court, one or sometimes both parties to the case may seek to appeal the decision of the trial court. However, because the trial court is vested with broad discretion to determine what is in the best interests of the child in mind when making custody decisions, it’s unlikely that arrangements will be changed in most situations on appeal. The courts in New York strive, in theory, to keep the disruption to a child to a minimum when making decisions about their future.

Typically, the decision of how to award custody is made in a trial court which is either the Supreme Court, in cases of divorces, or Family Court can also deal with child custody cases. The case law stands for the propositions that the trial court needs to be able to weigh various factors, including the character, sincerity, and testimony of the parties involved. The trial court has access to both parties and can supplement the information it learns from everyone with professionally prepared documentation and reports if such evidence is submitted. If one party in the case is unhappy with the outcome, then they can ask to have the matter reconsidered by the appellate court. However, appellate courts are often reluctant to re-evaluate the subjective factors addressed by the trial court. Additionally, decisions of trial courts are usually upheld, on an appeal, unless the party can prove that there was a lack of a sound or substantial basis, in the record, for the trial court’s original order.

Serving the Best Interests of the Children

When making decisions about child custody, the trial court will always put the best interests of the children first. For instance, in the matter of Jennifer D. v Jeremy E., 2019 NY Slip Op 03706 (3rd Department) the husband attempted to get full custody of the children. However, the trial court suggested that the best interests of the child would be best served by awarding sole custody to the father. The mother would be allowed frequent visitation rights, as the child and mother had a strong relationship. The mother argued that the decisions of the court had come from “bias,” but the appeal court found that the decision had come from the consideration of relevant and appropriate factors in the case and upheld the decision.  The Appellate court upheld the decision in the child custody appeal, even though the trial court did not set forth the basis for its decision in the order as a review of the record had the facts to support the decision.

The appellate courts are also unlikely to interfere with any parenting schedules or visitation times set by the trial court.  For example, in the case of Kristen II. v Benjamin JJ., 169 A.D.3d 1176 (3rd Dept. 2019), there was an appeal to change the parenting schedule that had been set out by the trial court. However, the appeals court found that the plan was in the best interests of the children and provides regular and meaningful access to the father to interact with his children. In most cases, the appeal court will avoid making any significant changes to the order laid out by the trial court, as the court has broad discretion in making the decisions they believe to be in the best interests of the child.  The Appellate Court in this case found that the record supported that there was a substantial change of circumstances to merit modifying the custody order and that the record supported that the modification that was made was in the child’s best interests.

In the case of Zaleski v. Zaleski, 128 A.D.2d 865, (2nd Dept. 1987), an older but still valid case, the court outlined that the task of the trial court in serving the child’s best interests is to be given the greatest respect. The court’s approach to this matter can vary on a case-by-case basis, but the trial court, which has evaluated all available evidence carefully before making their choice, should always be taken seriously. The appeals court will not disturb the decisions of the trial court absence evidence that the first court had abused its discretion in some way. If there is a substantial basis in the record to support the decision of the courts, then that order should not be disturbed, even on an appeal.

While parents do have the right to appeal decisions made by the trial court about custody and parenting time or visitation rights, it’s crucial for them to have the right argument to bring to the case. All courts must make decisions based on the best interests of the children involved in the case. Because the trial courts are supposed to carefully evaluate the situation before making their decision, and consider all the appropriate factors, their choices are taken very seriously. Ways for a parent to effectively appeal a decision by the trial courts is to prove that the decision was made with some kind of bias, that it represents an abuse of discretion or that there is not a sound and substantial basis in the record to show that the decision is in the child’s best interests, or in cases of a custody modification that there was a sound and substantial basis in the record that illustrates a substantial change of circumstances to merit going forward with the case at all. It can be very difficult to be successful in overturning on appeal a custody and parenting time decision.  Of course, this information can prove useful if someone finds themselves attempting to defend the decision made by the trial court.

In the rare case that the family court is shown to have abused its discretion by providing a specific order, then the appeal court may be able to reconsider the case and take the decision back to the drawing board, with a new assessment of character, commitment, and other various factors. However, it is very unusual for an appeal court to have to conduct this assessment themselves. Most of the time, they will not see any reason to disturb the determination made by the family court unless they can see obvious evidence of a poorly made decision.  Sometimes, however, custody and parenting time decisions are overturned either entirely or partially on appeal.

To learn more about custody decisions in divorce and family law, browse through the rest of our blog pages. Additionally, stay tuned for a discussion of situations where trial court decisions can be overturned in an appeal made by the mother or father in a case.

To discuss your own family law or child custody case, reach out to my office. You can contact us over the phone at (516) 333-6555, or through the contact form on this website.