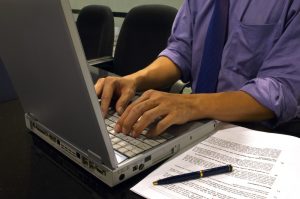 Most of the time, the appellate courts recognize that the trial courts of New York are given a great deal of discretion to make decisions about child custody and visitation aka parenting time matters. This is because it is recognized that these courts are in the best position to determine what is in the best interests of a child.  The trial court’s opportunity comes from the ability to assess the character and demeanor of the parties, witnesses.  The theory is that combining the court’s observations of the witnesses in the case, combined with the submitted evidence puts the trial court in the best position to make custody determinations. As I mentioned in my previous blog post, it’s unlikely for the appellate court to overturn the decision an appeal is made by a parent or parents who want to appeal a custody or visitation decision. However, it does happen at times and it may be possible for the matter to be overturned in an appellate court if the attorney for the appealing party can prove that that there was not a substantial or sound basis for the custody decision in the first place.

For instance, in the relatively recent case of Weisberger v Weisberger,  154 AD3d 41 (2nd Dept. 2017) the court found that the trial court’s previous decision to modify the stipulation and award full custody of the children to the father in the case was made without a substantial and sound basis in the record. According to the details of the case, the trial court gave excessive weight to the religious upbringing clause in the case, rather than focusing exclusively on the children’s best interests. There’s nothing to show that unsupervised visitation was detrimental to the children, and it was therefore inappropriate for the court to order supervised visitation.

In all cases of family law concerning children, the needs of the child are always supposed to be paramount. The courts of New York are required to make decisions about visitation and child custody based on the best interests of the child. Child custody decisions should also be supported by evidence. When deciding a child custody appeal, an appellate court, however, would be remiss if it simply allowed custody determinations to stand because of a trial court’s existing discretion in the matter.

In most circumstances, the trial court will be trusted to make an appropriate decision about the future of a child based on what they know about the case, and the parties involved. However, mistakes may be made. For instance, in the case of A. F. v. N. F., 156 A.D.2d 750 (2nd Dept. 1989), the father and mother were originally given joint custody over their daughter, although hostility between the parents led to an order of protection against the father over time. Eventually, the mother’s relocation led to petitions by both parties to obtain sole custody of the child. Initially, the family court suspended the visitation rights with the child based on an expert opinion report substantiating allegations of sexual abuse against the child from the father. However, after a hearing, the family court gave a visitation schedule to the mother and sole custody to the father. The court then reversed this order and awarded primary custody to the mother. The appellate court, understandably, had concerns about the abuse allegations and domestic violence allegations against the father.  The appellate court, however, remanded the case back to the trial court to determine a visitation schedule for the father but directed that such visitation be supervised.

In another older case, S. v. B., 80 A.D.2d 72 (2nd Dept. 1981) the family court awarded custody of the parties’ son to the father, who the son was living with at the time. The courts wanted to reduce the disruption in the living arrangements for the child with their decision. Additionally, the father provided a testimony from two doctors who had not interviewed the mother that suggested it would be more stable for the son to live in the father’s home. However, following a testimony from an expert that had interviewed the mother, it was found that the mother was not unfit to raise her child, and had shown that she loved her son. The appellate court found the father’s behavior during his parenting time highly inappropriate and surreptitiously attempted to interfere with the parent/child relationship with the mother and father.  The order was reversed, and custody was awarded to the mother in the case, after the courts determined that there was a lack of sound and substantial bias for the original custody determination.

Protecting the Best Interests of the Child

In any custody dispute or visitation situation, the utmost concern of the court is to determine what is in the best interests of the child. When determining initial petitions for child custody and visitation rights, the courts will need to consider various factors, including who will promote the best stability for the child, who will offer the best home environment, and which parent has had the best past performance. Each parent’s relative fitness may also need to be considered, along with their ability to guide the child and provide for their wellbeing. The courts will also consider whether the parent in question can support the growth of the child’s relationship with the parent who does not have custody.

In most cases, the trial court will be able to assess all the circumstances in question and decide based on their opinions regarding the best interests of the child. However, there are cases in which it will be necessary for the appeal court to review the case, particularly if a sound and substantial basis for the initial order cannot be found.

To learn more about child custody and visitation or parenting law, read through the blogs on this website. If you would like to discuss your own case with me, Mr. Darren Shapiro, reach out at your earliest convenience on (516) 333-6555 or use our contact form.