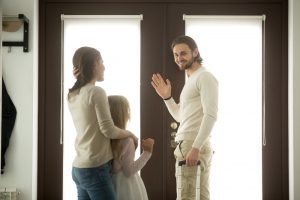 Parenting time and child visitation cases are often some of the most complicated for any family to deal with. Unfortunately, when two parents get a divorce, or decide to separate, decisions need to be made about how the custody of the child should be split between the two people.

In many cases, it’s possible for two parents to come to an agreement based on the perceived best interests of the child. Unfortunately, after a while, one parent or another might decide that the order of child visitation or parenting time is no longer appropriate for the situation. This is when people come to Child custody lawyers like me for help requesting a modification.

In this section of our parenting time bullet guide, we will be looking at occasions when the courts may dismiss a request for modification for custody and parenting time without a hearing. We will also be touching on sobriety as an issue for visitation cases.

Dismissing Modification Requests without a Hearing

The courts of New York are required to follow the standard of “Best Interests” of the child(ren) when determining what should happen with parenting time, visitation, and child custody when two parents separate or are not living together. This means that the courts will always take the action deemed to be in the best interests of the child or children, when an agreement between the parents cannot be made. The courts carefully consider the situation of each case before issuing an order, and will avoid making any changes to that order, which may disrupt the child, unless there is an agreement to do so or there is a substantial change of circumstances that makes doing a change in the best interests of the child or children.

Sobriety and The Effect on Parenting Time

Sometimes, it can be difficult for a set of parents to come to terms about custody and parenting time because of an issue with sobriety. If a parent has had previous issues with sobriety, the court may struggle to determine whether exposure to that parent in any format will be in the best interests of the child. Sometimes, exposure will be limited to supervised visitation.

If you have questions about the topics listed above, or you feel that you need some guidance about your own child visitation and parenting time case, you can contact me today for a free initial consultation. The initial consultation can last for free for up to 30 minutes to discuss your case.  You can contact our office to get on the calendar either via my online form on this website, or via 516-333-6555.