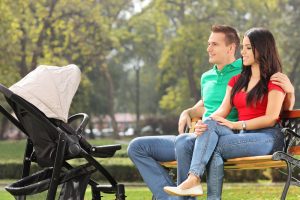 Parenting time and child custody cases often go hand-in-hand. Once a person has been granted primary custody over a child, the other parent in the case will often receive some type of order in terms of parenting and visitation time (if it is requested). This ensures the child can build or continue a relationship with both parents.

Of course, making decisions about how much time a child should spend with either parent isn’t always easy. Often, people will argue that an order should be modified if they feel something needs to be changed about the parenting schedule.

When making decisions about how custody and visitation should be issued to each parent in a family environment, the court might consider which parent is more likely to encourage a continued relationship with the non-custodial or visitation parent. If the other parent attempts to alienate the child from their non-custodial parent, this can be a reason to consider a modification.

In some cases, if a parent in a child custody case feels as though they’re not getting fair treatment in terms of visitation or parenting time, they can request a modification of the order. There are rules on how far back someone may go to present evidence of any changes to the circumstances that affect the order from the time of stipulation.

If you need help with any of the topics mentioned above, you can find further guidance on this blog, or my website, including more guides with bullet point information like this one. If you have an issue about parenting time or visitation and you need to discuss modifications or arguing for a specific order in a child custody case, contact my office to get on our calendar for a consultation.  Up to the first thirty minutes of your initial consultation will be free.