There are many complex cases to consider in the world of family law. Some of the most often-discussed cases include 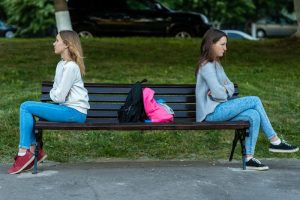 those to do with divorce, child support, child custody and parenting time cases. However, there are also instances in which a parent may be accused of neglecting or abusing a child – either in a case brought in family court or outside of court after a CPS or ACS investigation.  Child neglect can appear in many different allegations, from a parent being accused of being unable or unwilling to provide their child with the right food and hygienic care to keep them healthy, to a care-provider being accused of neglecting to give a child the expected education.

The law says children are entitled to an education. If a parent fails to provide their child with that education, the belief is that they could be harming that child’s future and making it harder for them to succeed in life. As such, issues with education are often referenced in cases regarding abuse and neglect.

In New York, the family court defines a child suffering from educational neglect as an individual under the age of 18 whose mental, emotional, or physical condition is either impaired or in danger of becoming impaired because of a failure on the behalf of the parent to provide the right level of education. Parents are responsible for supplying children with an adequate education in accordance with the New York Education law.

The Complexities of Proving Educational Neglect

According to the Family Court Act 1012 (F)(I)(A), child “neglect” can be defined as the harm, or risk of harming a child that can be directly connected to a person’s ability to exercise something called the “minimum degree of care.” As such, it’s possible for parents to appeal against the concept of educational neglect, by showing that they have exercised a reasonable degree of care in attempting to give their child the correct education.

One way that a parent can argue against a claim of educational neglect is for their family law attorney prove that their child is a “person in need of supervision” and to actively seek assistance in that regard. The Family Court Act 712(a) describes a person in need of supervision as an individual under the age of 18 who does not attend classes or school according to the demands of Education Law part 1, or is “ungovernable,” or beyond a parent’s lawful control. In other words, if a parent did everything they could to make a child go to school, but the child still refused, then, sometimes, the right move is for a parent to file a “PINS” (person in need of supervision) petition.  The New York Family court procedures require parents preparing to file a PINS petition to take part in “diversion” services. The courts will dismiss an allegation of child abuse or neglect when no evidence is available to demonstrate that a parent failed to provide their child with the minimum degree of care. This ruling remains the same even if the child has suffered an emotional or physical injury.

Proving a Connection Between Impairment and Parental Failure

The Family Court Act 1012(f)(i)(A) needs proof of at least a casual connection between something that the parent in question has failed to do, and the impairment or risked impairment of the child. Additionally, the courts demand that the prosecutors pushing the case of child neglect must be able to show that the harm caused to the child comes from a parent’s inability to provide a minimum degree of care.

For instance, one situation wherein the question of educational neglect may appear is in the case of nonattendance. If a child is repeatedly absent from school with their parent’s knowledge, and without any appropriate action from the parent, then this could form the basis for a finding of neglect. However, if the child is absent from school because they refuse to attend, and nothing the parent does can make them go, then diligent efforts need to be made by the parents for attendance to happen.  Medical, psychological, and psychiatric care might be necessary.  A Persons in Need of Supervision petition might come into play. In a case such as this, the parent would be aiming to show, with the help of their lawyer, that the child’s failure to attend school wasn’t within their control. For instance, they may show documentation from the school showing that the parent had taken the child to school each morning or called the school for help pushing attendance.

Do you need help proving or fighting against a claim of educational neglect? My Law and Mediation office might be able to help.  We offer up to a 30-minute free initial consultation in which we can discuss your situation. Contact us today at (516) 333-6555.