One of the most significant decisions in a New York divorce is what happens with the couple’s marital home. In most cases, a couple’s most valuable asset is their 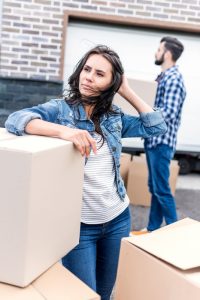 home. Aside from the financial value, there are often other considerations such as the emotional value a house has to one or both parties. In most cases, the couple can work out which party stays in the marital home and what offsets are appropriate. However, if that is the parties are not able to agree, then a judge will determine what happens with the marital home.

Usually, on my Long Island and surrounding area cases, I find that the Judge’s position is that if an agreement about the house is not made, the court will order the house sold and the proceeds divided.  Given both the financial and emotional value of a home, though, some might prefer not to sell the house unless the parties desire to do so. However, there are circumstances in which a New York divorce judge will force the sale of the marital home.  Particularly when the finances would not allow one spouse to remain in the home, a sale of the home is usually the case.

In New York divorce cases, one of the judge’s most important roles is to preserve the value of the couple’s assets. Indeed, under New York law, a judge is given broad discretion to act regarding the determination of title to the property.  Likewise, when discussing equitable distribution, if the court believes either of the parties is wastefully dissipating the couple’s assets, the court may make appropriate rulings. Thus, if retaining ownership of the marital home will result in the dissipation of the couple’s assets, the court can order the home be sold. For example, if the parties are not able to afford the mortgage payment for the marital home because the primary breadwinner in the family lost her job, the court may intervene and order that the home be sold rather than go through the foreclosure process. This is even the case if one of the spouses objects to the sale of the home.

If the spouses cannot agree on an asking price, the court can order a third-party appraisal and determine an asking price on its own. Similarly, a court can also order that a home be auctioned off if the circumstances warrant it. Thus, an objecting spouse cannot prevent the sale of a marital home by failing to negotiate a fair asking price for the home.

A similar situation arose in a 2016 New York divorce case. Though here, on Long Island, we are located in the Second Judicial Appellate Division, that case, a Third Department case, the appellate court held that it was appropriate for the trial court to order the sale of the marital home despite the Wife’s continued objection. Decisions from other departments are good law in New York and are guiding unless in specific conflict with a decision in the local department of any particular case.  Additionally, the court held that the Wife was not required to be given a “buy-back” option on the house, because she could submit an offer through the standard procedure. In that case, the court held that the home would be sold at auction if it did not sell after six months on the market.

Are You Going Through a New York Divorce?

If you are currently separated or in the process of a New York divorce, it is crucial that you consider all important issues before you need to make what will likely be a final decision. Attorney Darren M. Shapiro is an experienced New York family law attorney with decades of experience assisting his clients through all types of separations and divorces. To learn how Attorney Shapiro can help you with your situation, call 516-333-6555.