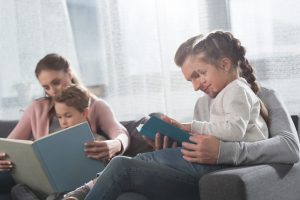 Throughout the past year, I’ve been publishing a series of guides intended to support anyone who wants to learn more about the common issues that emerge in family law and divorce cases. This particular guide is a continuation of the Child Support series.

For this section of the guide, I will be looking at constructive emancipation, and what it means to child support requirements in a family law case.  There are certainly cases where the emancipation of a child might be deemed appropriate.  This will lead to a termination of child support in those instances. In this blog I will also be discussing the complexity of paternity in family law.

For the paternity part of this guide, we’ll consider what equitable estoppel means, and when DNA might not matter to legal decisions.

In New York, parents have a duty to continue supporting their children until the reach the age of adulthood (21), or until they are emancipated. Constructive emancipation is a case law made concept, that family law lawyers, might need to consider, which acts as a defense to the requirement to pay support according to the guidelines developed by the Child Support Standards Act.

Paternity in cases of New York Child support is a legal declaration that indicates someone is the father of a child. The legal paternity recognition is necessary for many rights and obligations regarding custody, child support, parenting time, and inheritance, to name some of the major ones.

What About Equitable Estoppel?

The law of New York indicates that paternity proceedings may be initiated at any time from the time a mother is pregnant, until the child is 21 years old. If a motion for DNA testing is requested, the court will often order this test unless they find it is not in the best interest of the child.

If you have any questions about the issues raised above, or you would like to discuss your own case regarding family law and paternity, please read through the other articles on this website. You can also contact my office to schedule an initial consultation (up to the first half hour is free) either by calling (516) 333-6555 or using our contact form.