All aspects of family law have their challenges to consider. 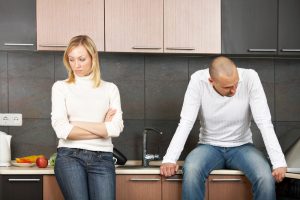 Even amicable divorces that revolve around mediation can be uncomfortable and emotionally draining for the people involved. But issues often become a lot more complex when the focus shifts to the children involved in a divorce between two parents.

We know that parents in New York and various parts of the USA are deemed responsible for caring for the child, both emotionally, and financially, until they reach the age of adulthood. However, when two parents separate, it’s often difficult to determine how each parent should be expected to deliver their fair share of this “support”.

In our Child Support Bullet series, we’re tackling some of the most common issues raised in child support cases. Today, we’ll be looking at unmarried parents, mediation, and child support expectations for non-relative guardians.

When parents get divorced, they often have various concerns to think about, from who should have custody of the child or children, to how parenting time should be assigned. However, those issues also arise for parents who aren’t married, but still need to think about the best interests of a child when bringing an end to a relationship.

We all have different definitions of what “family” means to us. However, the court of New York’s definition must be the one you consider when it comes to making decisions around child support, custody, and parenting rights. Only a parent in New York court can apply for parenting rights. Unfortunately, the guidelines of Domestic Relations Law don’t fully define what a parent is, meaning that the courts need to make this decision on their own.

If you have any questions about the issues raised above, or you would like to discuss your own case, please feel free to reach out your earliest convenience. You can get in touch through the contact form on this website, or by reaching out over the phone at 516-333-6555. Free consultations are available for up to 30 minutes, and mediating couples are required to attend their consultations together.