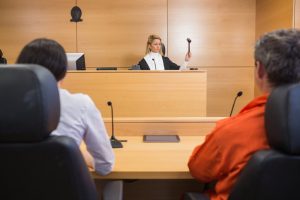 The complex nature of family law or divorce proceedings means cases rarely go as smoothly as one might hope. While working with the correct divorce or family law attorney can help to make the process more straightforward, there are still cases wherein one party might strive to make the situation more difficult for the other.

In some instances, the actions of a party in a divorce proceeding, family law case or after a Judgment of Divorce has already been granted, may drive the other to seek an order charging the ex-spouse with “contempt.” This action highlights the decision of the party held in contempt to ignore court ordered requirments, or act inappropriately in a case.

When a temporary order (pendente lite) order has been made while a divorce is pending or a divorce has already been entered, and a party fails to comply with their obligations, such as an order to pay child support or maintenance, or to sell the house, among other things, the other spouse can use a contempt action to bring the matter to the attention of the courts, with the assistance of a Suffolk or Nassau County divorce attorney.  We handle cases on Long Island and the surrounding areas, generally, but the information in this blog relates to New York in general.  We are supposed to operate in a Unified Court System here in New York.  Throughout the state, the goal of civil contempt is generally to vindicate the rights of a party, and ensure the individual receives the compensation they require.

How Do Divorce Contempt Proceedings Work?

Contempt actions require clear and convincing evidence for a decision to be made. In order to adjudicate a party in a case of civil contempt, the court needs to find a lawful order made by the court, highlighting an unequivocal mandate was already in effect. There also needs to be evidence the party against whom contempt is being sought against has wilfully disobeyed the order, with full knowledge of its terms. The court also needs to find the movant has been prejudiced as a result of the offending conduct.

Initially, the burden of proof in a civil contempt case sits with the party seeking the finding of contempt. The party must provide clear and convincing evidence of the elements above. Once the movant has established a knowing and clear failure of a party to comply with an unequivocal mandate set by the court, the burden of proof shifts to the alleged violator.

It’s then the responsibility of this party to refute the showing of the movant, and offer evidence of a defense. For instance, the party may show they were unable to comply with an order for some excusable reason that was out of their control. A hearing will often be required if the papers and evidence given in opposition raise a clear dispute regarding the elements of civil contempt, and indicate the presence of a clear possible defense.

Crucially, the person alleged to have been acting in contempt must have had a clear knowledge of the order and mandate they are accused of violating. For instance a court can find that the husband or wife accused of contempt had been personally served with a pendente lite order, in a manner prescribed by the court. From there a court could make a determination that the wife or the husband had knowingly violated the requirements of the order.

To sustain a finding of civil contempt for parties in divorce cases, it is crucial to establish a lawful order has already been issued, expressing a clear and unequivocal mandate. For instance, the party accusing the other individual of contempt may need to demonstrate a child support order had been made, and that the person had clear knowledge of its terms.

The courts must be able to see with some certainty that an order has been knowingly violated or overlooked by the other party. However, it is not always necessary for an order to be served upon that party (although a court usually is looking to make sure it was served), they simply have to have clear knowledge of the mandate.

In the case of Graham v. Graham, 152 A.D.2d 653, 543 N.Y.S.2d 735, 1989 N.Y. App. Div. LEXIS 10342 (2nd Dept 1989), for instance, the records available to the court showed that the defendant had no actual or constructive knowledge of an order dated on the 29th of July. Because she wasn’t served the order until the 30th of July, she was unable to comply with the precise terms outlined, and the order’s mandate ceased to be relevant. In this situation, the court found the actions of the defendant couldn’t be perceived as a violation of the court order.

A defendant simply stating they hadn’t received an order or been served correctly may not be enough to defend against an order of contempt in divorce law. The courts will consider all of the facts, including the previous orders the individual might have complied with, and the attempts made to serve the respondent.

In the case of Matter of Lisa T. v King E.T., 30 N.Y.3d 548 (Court of Appeals 2017), the appeals court rejected the respondent’s challenge to a Family Court finding that he had violated an order of protection issued in November 2013. The court found several extensions of the temporary orders of protection were served to the respondent, and there was no difference between the terms of the new order, and the most recent prior order. Each temporary order also contained a warning to the respondent that failure to appear in court may lead to an extension on the protection order.

In a case involving an order of contempt, the courts will always consider the situation in question, and determine whether the right measures have been taken to ensure a party is aware of an order. Usually proof of service is the best method to show that.

When the court does determine a party had committed civil contempt, it is possible to impose a punishment in the form of a fine in an amount to indemnify the aggrieved party for their losses, which can include counsel fees. Imprisonment is also an option for up to 6 months or until the fine has been paid.

If you have questions about orders of civil contempt in family law, or concerns about an order against you, reach out to my team today to get on our calendar. You can book an initial consultation to discuss your case, wherein up to the first 30 minutes is free.