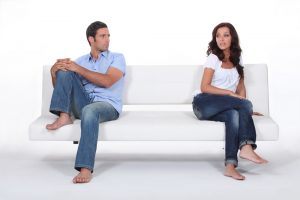 Stipulations of settlement are a sometimes confusing aspect of family law.

A final stipulation of settlement is a contract that settles all the aspects of a divorce. Both parties agree on the distribution of marital property in these cases. If there are minor children, custody and parenting time, child support, and the payment or waiver of maintenance (alimony) should all be discussed in the agreement when a marriage ends.

Stipulations of settlement, like many issues in divorce law, require careful consideration by the courts and parties in questions. While couples can often easily submit a stipulation of settlement with support from the correct divorce attorney, it’s up to the courts to decide when a stipulation should be upheld, and when it needs to be set aside upon a proper request by one side of the case.

When is a Settlement Enforceable and Valid?

New York Domestic Relations Law Section 236B(3) highlights that an agreement by the parties, made before or during that marriage, should be enforceable and valid in a matrimonial action (such as separation or divorce), if the agreement is in writing and the parties have subscribed, acknowledged or proven the agreement with the same specific formalities that would entitle a deed to be recorded..  A valid and enforceable stipulation of settlement means that the parties have subscribed to a specific agreement and are entitled to record a deed.

In respect to substantive issues, stipulations of settlement in a divorce are often scrutinized more closely than ordinary contracts. The reason for this is that there is a specific fiduciary relationship between husband and wife. These agreements generally should not be set aside, though unless there’s significant evidence of duress, over-reaching fraud, or a bargain so unfair that no competent or reasonable person would consent to it.

This means that there are circumstances in which the court may choose to set aside the stipulation of settlement agreed to previously by a husband and wife. However, there needs to be a specific reason for the agreement to be set aside. The case law states that Judicial review of stipulations of settlement need to be exercised sparingly. Courts shouldn’t redesign the bargain arrived by those parties on the ground that “judicial wisdom” would in retrospect consider one or more of the provisions as one-sided.

When are Settlements Set Aside?

A court may choose to set an agreement aside that a married pair previously agreed to if there was duress, fraud, or the agreement is unconscionable. By way of example, in the case of McFarland v. McFarland, 524 N.Y.S.2d 392  (1987),  the highest court in New York State, the Court of Appeals, the appellant wife filed an action to invalidate a separation agreement between herself and her husband, claiming fraud and duress.

The lower court dismissed this case, and the appellate court upheld the dismissal. The court stated that, even if the allegations of fraud and duress were stated properly “those allegations do not rise to the level of gross inequity that might implicate New York’s public policy” of setting aside the stipulation. The court further affirmed the decision of the appellate court that confirmed the action of the lower court.

In the above case, the Court of Appeals determined that there needs to be further proceedings to determine whether part of the agreement should be set aside, where there was evidence that the parties intended that the agreement not necessarily be only taken as a whole but that if some parts of it were not enforceable that those unenforceable parts could be re-examined, and the other parts remain. In that case the court found that there was a demonstration of possible fraud or overreaching in the execution of the agreement and that a section of the agreement had the appearance of being so manifestly unfair as to shock the conscience of the court. The case set forth that the purpose of the law in any divorce case is to achieve moral and social goals while avoiding the frustration of those aims. Separation agreements should not be employed as instruments for the improper exaction or execution of unconscionable terms, however, more than just a claim that this has happened needs to be made according to the case law.  Actual evidence of fraud, overreaching or a bargain so inequitable that no reasonable person would have consented to it should be produced for a properly executed agreement to be set aside.

Please contact us through our virtual form, or over the phone. Our number is (516) 333-6555 if you would like a free initial consultation.  Up to the first half hour is free.