For a while now, I’ve been working on bullet point series on my website as a way of delivering useful 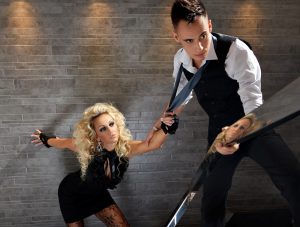 information about family law in an easy-to-consume format. Recently, I finished a serious on child support. Today, I’m starting a new series which will revolve around orders of protection and family offenses.

Orders of protection are an important component of family law, and something that is available to “family members”, which could include not only related people but those that are or were in intimate relationships or have a child or children in common.  Sometimes they come up in divorce cases as well.  However, just like many aspects of family and divorce law, the order of protection can also be a little tricky, and at times challenging to get your head around.

Today, we’ll be looking at temporary orders of protection, or pendente lite orders in a divorce. We’ll also be discussing the concept of surveillance and whether the use of a PI violates an order of protection.

What is a Temporary Order of Protection?

Orders of protection are designed to keep people safe in a situation where they may be under threat by another person’s actions, or potential behaviors. There are cases where an order of protection may be requested by your divorce lawyer for an extended period of time, and cases where the order may only be temporary. In the case of a pendente lite (while a case is pending) situation, an order of protection may well be issued only until the full case can be heard, and a long-term decision can be made.

Surveillance and Orders of Protection

If you have any questions about the issues covered in this guide, please browse through this website for more information about divorce law, orders of protection, and the family courts. You can also get in touch with my office via telephone or through the online form on this website to set up a consultation to discuss your own case.  Up to the first thirty minutes of the initial consultation is free.