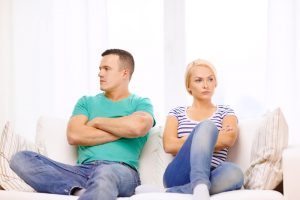 Recently, I’ve been updating my blog with a series of bullet-point guides intended to help people who want to learn more about divorce litigation. This area of law can be a very complicated one for many people, and it’s often difficult to find the answers to all the questions you might have.

This bullet-point series bring together some handy insights on divorce litigation that I have written about over the years, and the concerns that might arise during a case. In this particular bullet point list, we’ll be looking at the concept of marital debt, and how it could be divided in a divorce – just like marital assets.

We’ll also look at the family home, and how the courts approach splitting the value of the home between partners.

In a divorce case within New York, the courts use the concept of equitable distribution to split assets between a couple. This means that the assets divided between you and your spouse might not be shared “50/50”, but they are distributed in a way that the courts deem fair (if the parties and their divorce lawyers are not able to work out what is fair by agreement), based on the circumstances in play. During equitable distribution, it isn’t just assets that need to be considered, but debts too.

Sometimes, dividing debts and assets in a divorce is simple. When it’s clear that a debt belongs to both of the parties in a marriage – such as the debt for the marital residence that belong to both parties – then it can be divided between both spouses. However, not all assets in a divorce are so easy to divide. One of the most complicated decisions to make during a divorce, is what to do with the family home.

Dividing debts and assets in divorce litigation isn’t always as simple as it seems. There’s often more to the process than simply splitting the belongings that both parties have on a 50/50 basis. The courts need to consider what’s fair by looking at the situation in question, which means that every case is different, and has its own nuances to be aware of.

When a couple gets married, they don’t just sign a piece of paper, they entwine their lives together, which also means combining debts, assets, and homes.  Marriage is viewed as a financial partnership. This can lead to a very difficult situation to unravel during divorce. However, having the right support on hand from a divorce and family lawyer can make things a little easier. To discuss any of the issues addressed above, or talk about your potential divorce case, please contact me, Mr. Darren Shapiro. You can get in touch for an initial thirty-minute consultation (up to the first half hour is free) via phone, Zoom, or in person using our online form or contact us at (516) 333-6555.