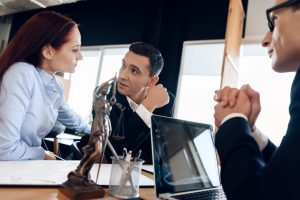 Welcome back to this continued series of bullet-point guides on Child Support. If you’ve seen one of these guides before, you’ll know that it’s my way of bringing together useful information, that I have covered in more depth articles over the years, about a topic in family law, in a way that’s easy to absorb. These guides can offer valuable insights to anyone who might be pursuing family law or divorce cases.

In this particular series on child support, we’ve covered several topics so far, addressing things like the reasons to deviate from child support guidelines, and what those guidelines might be. Today, we’re going to look at what issues might arise when a party attempts to add the costs of higher education to child support payments.

Child support in New York is calculated according to a specific formula that requires the court to consider various elements, including the income of the parties involved, and, at times, the specific needs of the child or children receiving support. In child support payments, there are basic support payments and added components. The basic components are calculated based on the examination of the combined parental income amount. Added components are based on a variety of factors.  This formula is uniform throughout the state of New York so you can check with your Nassau County Child Custody Lawyer, Long Island or New York City lawyer to learn about it.  However, each area might have certain nuances.

In New York, both parents are expected to support their children to a certain degree. Generally, a parent without custody will pay support to the parent with custody when the parents do not live together, or a marriage comes to an end.

You can find additional guidance on these topics on my blog or website or connect with my office via phone or contact form to schedule a consultation for up to the first half an hour of your initial consultation would be free.